According to the High Commission, various groups against the presence of foreigners have announced or broadcast plans to attack, rusticate or remove foreigners from their jobs or workplaces in the country from the beginning of September 2022.

“Whilst recognizing that this is not a government or state policy, such activities by individuals or groups could degenerate into violence aimed at foreigners or threaten their lives, safety and livelihood.

“The Mission would thus advise members of the Ghanaian community to be vigilant to any such incident, restrict their movements to safe areas, avoid mass gatherings and refrain from engaging in activities that could result in conflicts, brawls, or deterioration in their safety,” it added.

Kindly alert your friends or family that may be around. 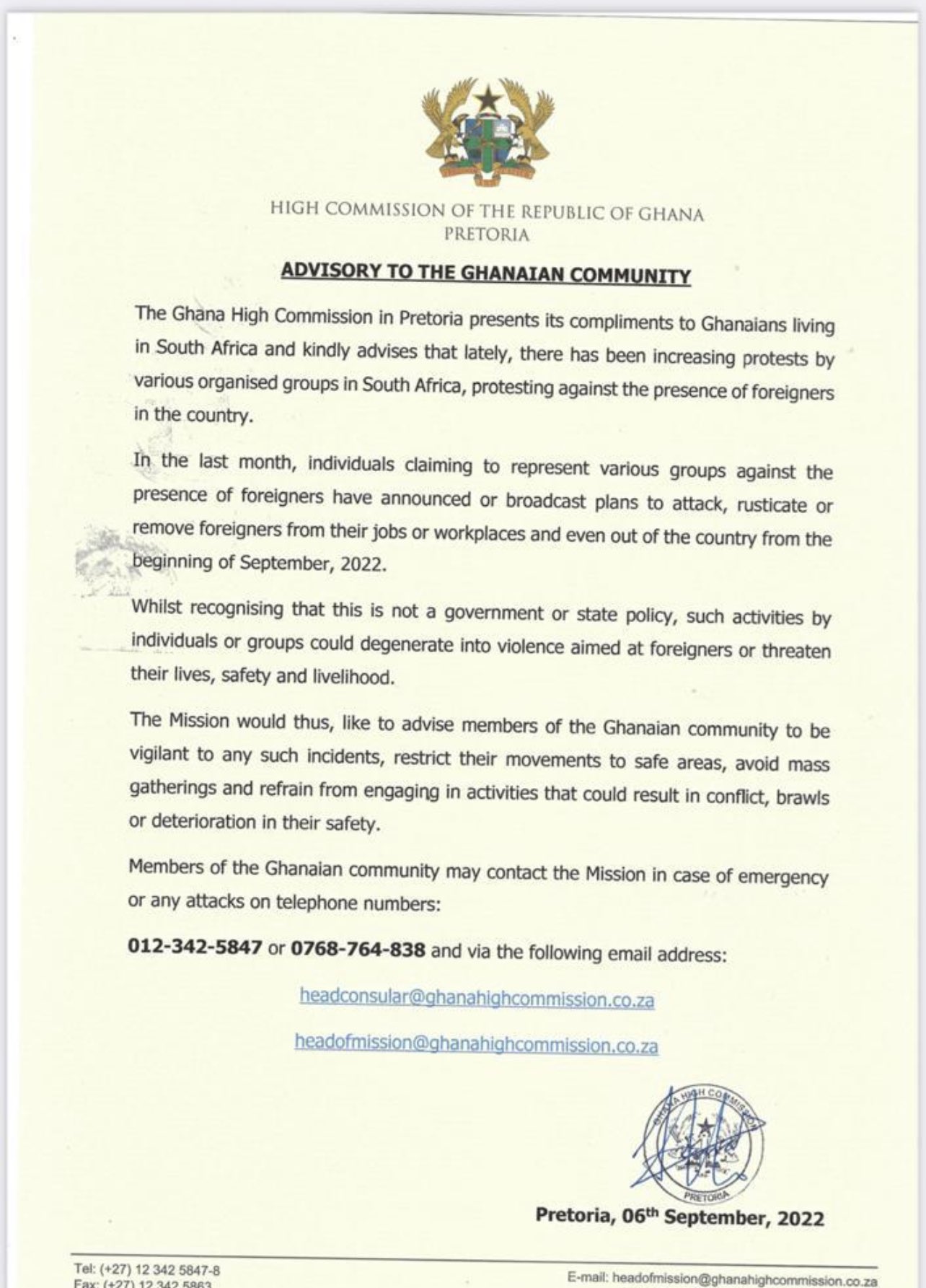