Apple leaks have consistently agreed on one thing: iPhone 14 models are getting more expensive. That is, until now.

In a new blog post, anonymous leaker Lanzuk has revealed that Apple has “decided to freeze the launch price of the iPhone 14 base model through a decision at the top executive level.” And given Lanzuk’s solid track record, there is every reason to believe this

Lanzuk explains that Apple’s decision was based on “global mobile phone market stagnation and demand decline… so the price of the basic model is frozen despite some price increase factors.”

Detailed by other leakers, these factors include an increase in component prices due to shortages and Apple upgrading several key elements of the iPhone 14 lineup. Most notably, an all-new front-facing camera module from LG Innotek, which leaks claim is triple the price of its predecessor.

Lanzuk is undoubtedly aware of the shock and potential disbelief his news will generate and stresses that his information comes from a rock-solid source within a “major US financial institution.” Moreover, Lanzuk has a track record that deserves respect. While the insider has had the occasional miss, there have been a number of accurate leaks for both Apple and Samsung devices in the last year

If correct, Lanzuk’s claim would mean the iPhone 14 retains its $799 asking price (instead of jumping to $899), which also builds hope that the new iPhone 14 Max will also be priced $100 lower at $899. These price points make sense, given Apple’s determination to widen the feature and performance gap to iPhone 14 Pro models, which are still expected to go up in price: 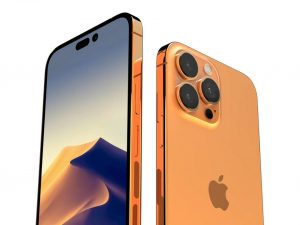 Will iPhone 14 lineup be worth it? Design, camera and performance upgrades on the Pro models certainly appear so, but with a potential transition from Lightning to USB-C in 2023 I would still urge caution if you don’t have to upgrade this year.

Very soon the phone will  be available in Ghanaian market and we hope as Teachers we are aslo able to buy some.